Bissi is a form of savings account as also a way to take a personal loan without having to pay any interest.
Feb 27, 2017, 10:45 am ISTShould KnowAazad Staff 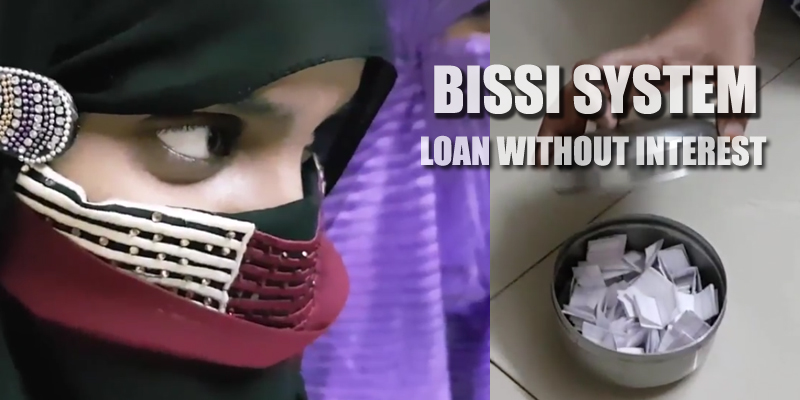 A lot of people in India do not have access to Bank account and none of us like to pay interest on loan. Some Muslims in India do not take loans from Banks or for that matter open Fixed Deposit accounts with Banks because giving and taking interest is considered to be Haraam (Forbidden in Islam). Due to these reasons, Indians have developed an innovative system of Banking in India called "Bissi System". Bissi system is extremely popular among the Muslim community in Maharashtra and Gujarat.  Let us find out how the Bissi System works.

There must be a total of 10 members in any Bissi system. Once 10 or more members agree to form a Bissi and decide on a collector, the Bissi system starts. Let us take an example to understand how Bissi works.

Now 11 chits will be made with every members name excluding the collectors name as she already got 12000 Rs and she needs to add 1000 Rs each month for a year to the Bissi.

The chits will be placed in a bowl any of the members will pick one chit and the luck member in that chit will be given Rs. 12000 in the second month. This will financially help that member as he/she will get a personal loan of Rs. 12000 and will have to pay Rs. 1000 each month till the end of Bissi duration. This ensures that members who get their Bissi draw in the first few months end up getting personal loan without interest and those members who get their Bissi at the end have their money safe and secure with a trusted person and 1 year down the line can get that money back and it will help them financially.

This practice of Bissi system is very prominent among Muslims in Mumbai.