Of everyone out there claiming that they love India and they are proud of India is a little out of place; you need not declare it, it's default.
Sep 15, 2010, 12:23 pm ISTIndiansSarita Pant 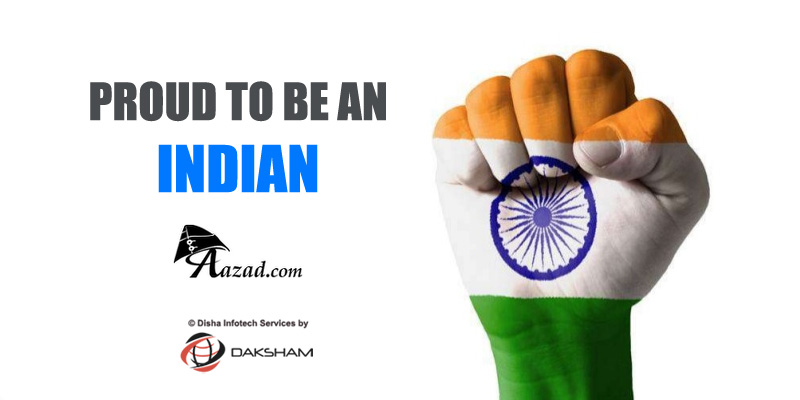 Of everyone out there claiming that they love India and they are proud of India is a little out of place; you need not declare it, it's default. Why Indians or India it could be everywhere anyone any country. People would always love the country they are born in... (there are always some very few exceptions though)

We have been ignorant Indians and thats the reason why our country is in such a mess; if we don't open our eyes there will be more to see like CWG cases. True we are going top at high speed but it's only for 10% individuals who's efforts are getting us there. Imagine the potential of 20, 30 or even 100%. But unfortunately rest just want to exploit and enjoy the spoils, starting from the politicians, government officials, business men, and  last but not the least YOU! Contribution of individual should start with own.

Do you know we make our country poorer every time we throw garbage in public no matter how small it is or with an ridiculous excuse of it being biodegradable, to not taking receipts for gold you buy, undervalue registration of land or property, or bribing someone and list goes on and everyone knowingly for own benefits keep doing this.

I see nothing wrong in people complaining and cribbing and getting high tempered throwing negative temperaments when discussions of proud to be and Indian talks. I see these people more patriotic, as they see and say the truth. And by publicly declaring the short falls they are actually asking others to do something when there is still time and not just see the positive side but also to bridge the negatives.

I have come across lots of friends and colleagues claiming that they are proud to be Indians, the very same that also say that the country has gone to the dogs. When questioned would often have their heads down saying "What can we do about this".

We are proud of lot many things that Indians have done, and how India has contributed towards the world, but only the few see the truth that there's a lot more that we need to do before we can truly claim that we are "Proud to be Indians" without being challenged within or outside India.

Let's take the truth as it is in real. Being Proud and being Patriotic are two different things and claiming the later makes more sense, and for being Proud there is still a lot to do.
Let's Pledge:
I am a true Patriot and I promise to make India and Indians to stand
and claim Proud.

For Delhi to prove, the time has come let's make Delhi a place where CWG is going to be hosted. Let not failure of the government be the failure of Delhi or India. Even if a common man pledges to keep the city clean by not only self but also teaching others, by intercepting them and teaching them. Helping the tourists that come to Delhi by helping them and not letting them looted by others. How often have you helped a foreigner trying to get an auto or a cab even when you know that they would be looted in that situation? Nows the time, show how India treats guests make them feel at home, keep city clean, offer them help when you feel you can help them.