Whatever crushes individuality is despotism, by whatever name it may be called and whether it professes to be enforcing the will of God or the injunctions of men.
Aug 4, 2009, 11:34 am ISTInspirational QuotesAazad Staff 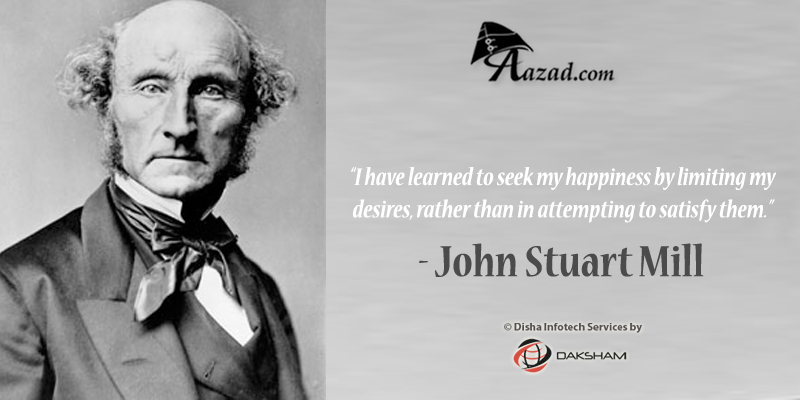 From these remarks it will be seen how greatly I differ, at once from those, who seeing the institutions of our ancestors to be bad for us, imagine that they were bad for those for whom they were made.
-John Stuart Mill (1806-73)

The wisest men in every age generally surpass in wisdom the wisest of any preceding age, because the wisest men possess and profit by the constantly increasing accumulation of the ideas of all ages…
-John Stuart Mill (1806-73)

It is a familiar fact, that the vulgar, in all parts
of the world . . . do as their betters do . . .
think as their betters think: and this very
word ‘betters’, is speaking proof of the fact
which we allege - meaning, as it does, not
their ‘wisers’, or their ‘honesters’ but their
‘richers’ and those placed in authority over
them