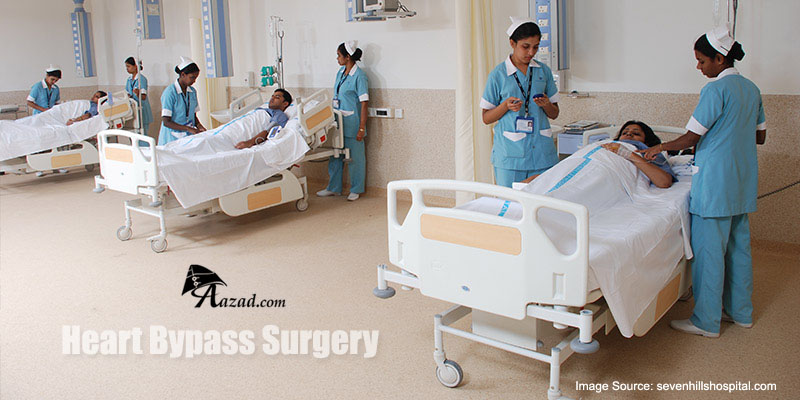 Rajiv Gandhi Jeevandayee Arogya Yojana (RGJAY) is a healthcare scheme run by the Government of Maharashtra for the poor. People holding either of the following Ration Cards are eligible for the same: Yellow Ration Card, Orange Ration Card, Antyodaya card or Annapurna card.

This scheme provides free access to medical care in government empanelled 488 hospitals for 971 types of diseases, surgeries and therapies costing up to Rs.1,50,000 per year per family. The amount is Rs. 2,50,000 renal transplant.  The Govt had also announced separate funds for poor patients to undergo dialysis.

The scheme is quite successful even though there have been some allegations of Hospitals indirectly making patients pay some expenses for some part of the treatment.

Besides the Bypass Surgery for Heart, there are other surgeries performed for free in this hospital as also in other network hospitals that fall under the Rajiv Gandhi scheme.  But do remember that if there are multiple surgeries required on the same patient then the patient will need to pay those charges as the annual limit per family is Rs. 1,50,000 only.