Due to the structure of current human DNA, it is likely impossible for humans to cross-breed with other animals. However, these human-like baby goats defy scientific claims.
Oct 13, 2017, 3:20 pm ISTScienceAazad Staff 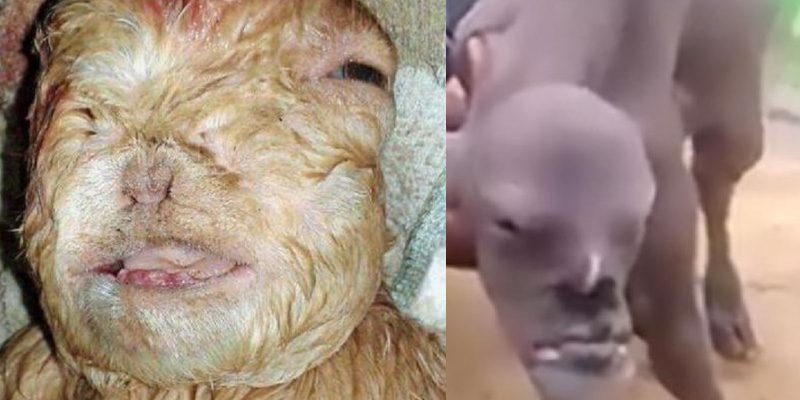 Can Humans Cross Breed With Animals?

Several times, scientists have attempted to crossbreed humans with animals, but all experiments have failed to produce a pregnancy. It is not known whether any attempts have made to use a non-human semen and female human research subjects. This would be highly unethical, but it may have taken place nonetheless. Taken for instance a horse semen with a human. The pregnancy would not survive. The sperm and egg of different species are incompatible. Technically a pregnancy may begin, but will soon spontaneously terminate.

In 2016, a bizzare human-like goat birth was reported in Malaysia. Unfortunately the baby goat kid did not survive the birth as it was believed to have died due to complications.

Due to the structure of current human DNA, it is likely impossible for humans to cross-breed with other animals. However, the authorities who probed the bizarre incident didn't discount the possibility that a human had violated its mother which may have led it to become a hybrid animal. The strange-looking offspring was born in a farm belonging to oil palm settler Ibrahim Basir from Felda Sungai Mas in Kota Tinggi, who had received lucrative offers to sell the carcass.

A similar incident happened in India. A bizarre goat which has human-like face was born in a small village in India. Instead of the normal snout, the goat’s lips seem to bend upwards forming a pout on its face.

These incidents raise a doubt on scientific claims that it is impossible for humans to cross-breed.