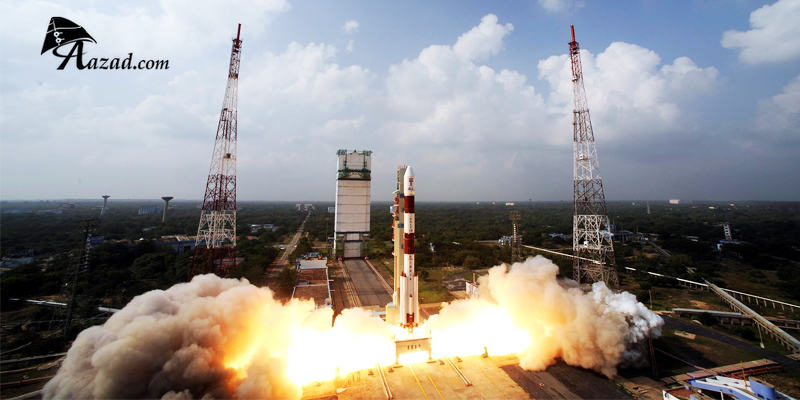 India scripted a new chapter in the history of space exploration on Wednesday with the successful launch of a record 104 satellites by ISRO's Polar Satellite Launch Vehicle (PSLV) in a single mission.

PSLV-C37 carrying the 104 satellites lifted off from the first launch pad at Satish Dhawan Space Centre in Sriharikota at 9.28am. It was PSLV's 39th flight. Seventeen minutes later, the rocket started placing the satellites into orbit, one by one with a time-frame of about 11 minutes.

The 104 satellites are from six countries, including India. These will be operative at a sun-synchronous orbital height of 505 km. Three satellites from India are namely, Cartosat 2 series which is the primary satellite and other two are INS-1A and INS-1B. They included 96 from the US and one each from Israel, the UAE, the Netherlands, Switzerland and Kazakhstan. PSLV first injected its main payload Cartosat- 2 series, India's indigenously built earth observation satellite. It was followed by two other nanosatellites of Isro - INS-1A and INS-1B. It then took less than 10 minutes for the rocket to spew out 101 passengers, which are all foreign nanosatellites, as it travelled up in altitude reaching the polar sun synchronous orbit. Russian Space Agency held a record of launching 37 satellites in one go during its mission in June 2014. India previously launched 23 satellites in a single mission in June 2015.

ISRO chairman A S Kiran Kumar congratulated his team for the successful launch of 104 satellites. "My hearty congratulations to the team. The Prime Minister has conveyed his congratulations," he said.