We all dream but not all of us remember what happened in our dreams. Check out 10 interesting facts about dreaming.
Apr 1, 2017, 12:30 pm ISTScienceAazad Staff 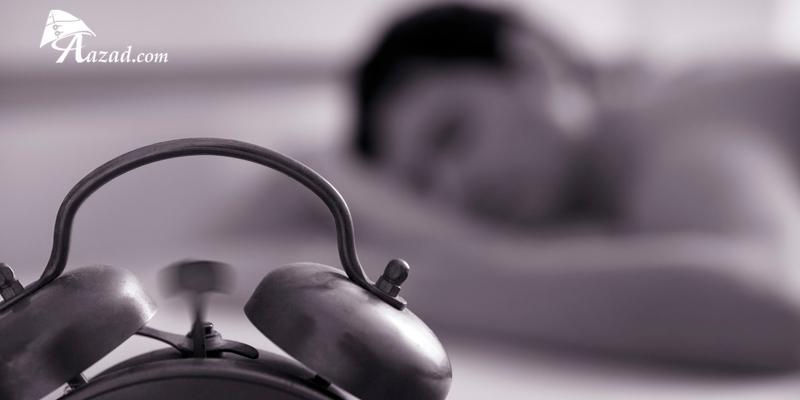 Here are some interesting facts about dreams.

1. Everyone Dreams: We all dream but not all of us remember our dreams.

2. Cannot Read While Dreaming: You can’t read while dreaming, or tell the time: This is true, if you are not sure whether you are in your dream or in the real world, then try reading time on your watch or read something that you see around you. The vast majority of people are incapable of reading in their dreams. The same goes for clocks: each time you look at a clock it will tell a different time and the hands on the clock won’t appear to be moving as reported by lucid dreamers.

3. Premonition Dreams: This is true. A lot of us have experienced this. At times when events occur, we realize that we had already seen this coming in one of our dreams. There are some astounding cases where people actually dreamt about things which happened to them later, in the exact same ways they dreamed about. Some of the most famous premonition dreams include:

4. Erased from Memory: You only remember 10% of Your Dreams: Within 5 minutes of waking half of your dream is forgotten. Within 10, 90% is gone.

5. Blind People Also Dream: Blind People also Dream: People who became blind after birth can see images in their dreams. People who are born blind do not see any images, but have dreams equally vivid involving their other senses of sound, smell, touch and emotion.

6. Sleep Paralysis: It is like Hell and its called Sleep Paralysis. Two characteristics of sleep paralysis are the inability to move (hence paralysis) and a sense of an extremely evil presence in the room with you. It doesn’t feel like a dream, but 100% real. Studies show that during an attack, sleep paralysis sufferers show an overwhelming amygdala activity.

7.  Sexual Dreams: The very scientifically-named “nocturnal penile tumescence” is a very well documented phenomena. In laymen’s term it simply means that you get a stiffy while you sleep. Actually, studies indicate that men get up to 20 erections per dream.

8. Familiar Faces Only: You might not remember the person in your dream. However, a person only dreams of people he/she has encountered in life but it's impossible to keep track of thousands of faces that you come across each day.

9.  Gender: Men and Women Dream Differently: Men tend to dream more about other men. Around 70% of the characters in a man’s dream are other men. On the other hand, a woman’s dream contains almost an equal number of men and women. Aside from that, men generally have more aggressive emotions in their dreams than the female lot.

10. Dreams recharge your creativity: Sleep recharges your body, and dreams recharge your creativity. According to the American Psychological Association, this is because dreams actually resemble creativity. As the brain problem solves during dreams it actually mimics the creative, waking thought process. For this reason, many artists are more likely to be stimulated by their dreams, and think with more creativity while awake.