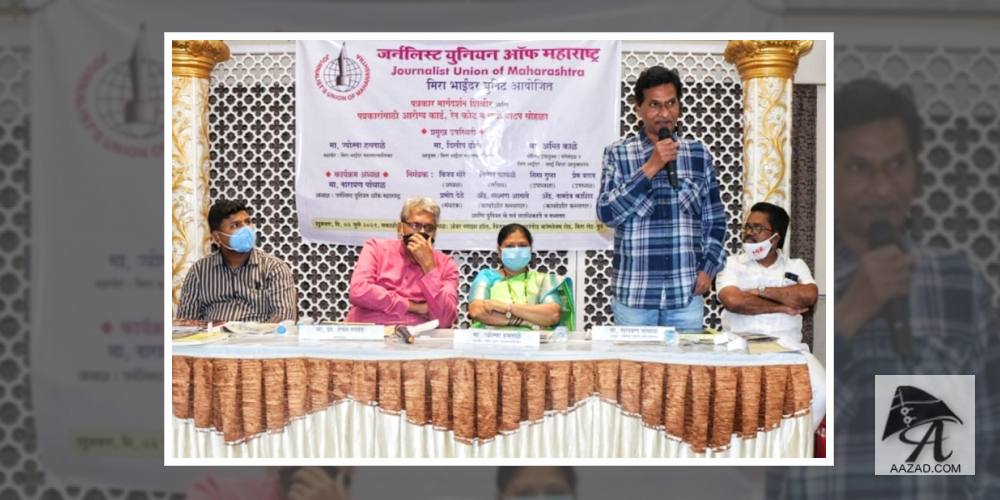 Mira-Bhayander (Thane/Mumbai): A guidance camp for journalists was successfully organised by the Journalists Union of Maharashtra (JUM) at Ambar Plaza Hall, Mira Road(Thane district) on Friday, July 02, 2021.The camp was inaugurated by lighting a traditional lamp by the Mira Bhayander

Mayor Jyotsna Hansale, who was the chief guest on the occasion. In the program, a health card, a raincoat, an umbrella and a copy of the Constitution of India was distributed to the journalists.

Besides Dr Anant Pande of Thane’s Shivner Super speciality Hospital was also present. On the occasion the health cards, under which 50 per cent discount in medical bills will be given, were given to the journalists by Dr. Pande. Journalists Rajesh Jadhav and Satish Satam compered the program in an inimitable style. Prof Hemant Samant in his address guided the journalists and also gave certain tips to them.

In her address Mayor Jyotsna Hansale said that the journalists are real social workers who always work for the society. During corona pandemic, they worked relentlessly to give the society a positive news, even without bothering about their families. This is commendable.

JUM President Narayan Panchal, who presided over the function, threw light on different issues confronting the journalists working in the Mira-Bhayander Municipal Corporation (MBMC) area and about the facilities they expect from the administration. The issues such as that the journalists in Thane have received houses from the administration, a plot of land has been reserved for a press club in Navi Mumbai and several advertisements are being released for the local cable TV channels and local newspapers by the Thane Municipal Corporation were discussed.

MBMC Unit President Vijay More demanded houses for journalists. He also suggested that the MBMC should release advertisements in local publications. Besides free health facility and free travel in MBMC Transport bus services be made available for journalists. Also the children of journalists be given free education and scholarship. He also pointed that many lockers in the press room in MBMC had remained unutilised. They such they be allotted to the respective press representatives. When the MBMC administration will look after this? He asked.In response, the Mayor Jyotsna Hasnale assured the gathering that she would fulfil all demands of journalists in her tenure after discussion with MBMC Commissioner Dilip Dhole. 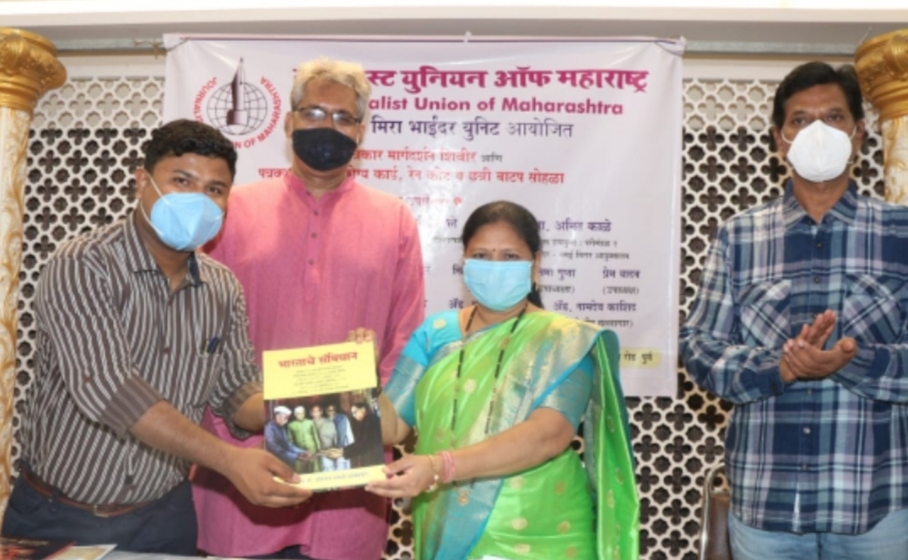