Rabindranath Tagore described her as Nritya Samragini, meaning the empress of dance, after watching her performance when she was just 16 years old.
Nov 8, 2017, 10:15 am ISTIndiansAazad Staff 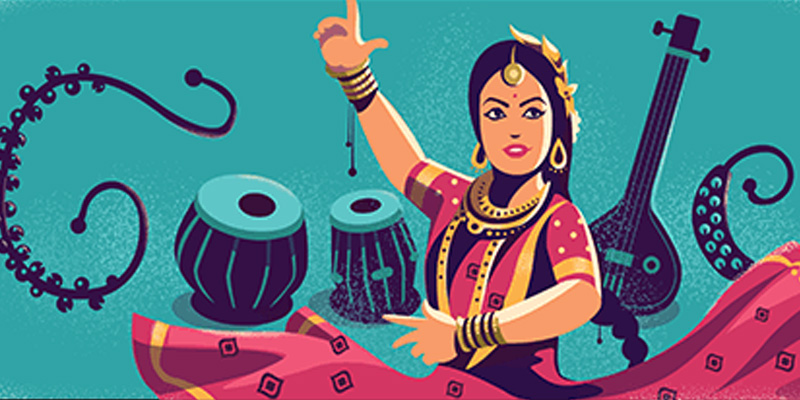 Born as Dhanalakshmi on November 8, 1920 in Calcutta, Sitara Devi was an eminent Indian Kathak Dancer. Her father  Sukhadev Maharaj, a Vaishanavite scholar of Sanskrit, earned his livelihood by teaching and performing Kathak dances in different parts of India.

Sitara Devi made her dancing debut at Jehangir Hall in Bombay at the age of 12. She was recruited by Niranjan Sharma, a filmmaker and a dance director, and she gave dance sequences in some Hindi movies including her debut in Usha Haran 1940, Nagina 1951, Roti, Vatan 1954, Anjali 1957 (directed by Chetan Anand, brother of Dev Anand). In Mother India 1957, she performed a Holi dance dressed as a boy, and this was her last dance in any movie. She stopped performing dances in movies, as they were adversely affecting her study in the classical dance, kathak.

Devi received a number of awards, including Sangeet Natak Akademi Award (1969) and the Padma Shree (1973), Kalidas Samman (1995) and Nritya Nipuna.

Devi was married to Nazir Ahmed Khan then to K. Asif and then to Pratap Barot, with whom she had a son, Ranjit Barot. She had refused to accept the Padma Bhushan award in 2002, declaring:

"It is an insult, not an honor, Little known people, who are younger to me have received Padma Vibhushan and I am being awarded Padma Bhushan. Four generations of our family have devoted their lives for the sake of this art and helped Kathak attain prestige in society, nothing short of Bharat Ratna will do now".

She taught Kathak dancing to Bollywood celebrities such as Madhubala, Rekha, Mala Sinha, and Kajol. She envisioned formalizing her teaching, and planned to set up a Kathak training academy. She died on 25 November 2014, at Jaslok Hospital in Mumbai, after a prolonged illness.