Jains across the world offer prayers, carry out rath yatras and visit temples on the 13th day of Hindu month of Chaitra to commemorate Mahavir Jayanti, the birth anniversary of the 24 and the last Tirthankar (teaching god who preaches dharma) of Jainism.
Mar 1, 2017, 4:42 pm ISTFestivalsAazad Staff 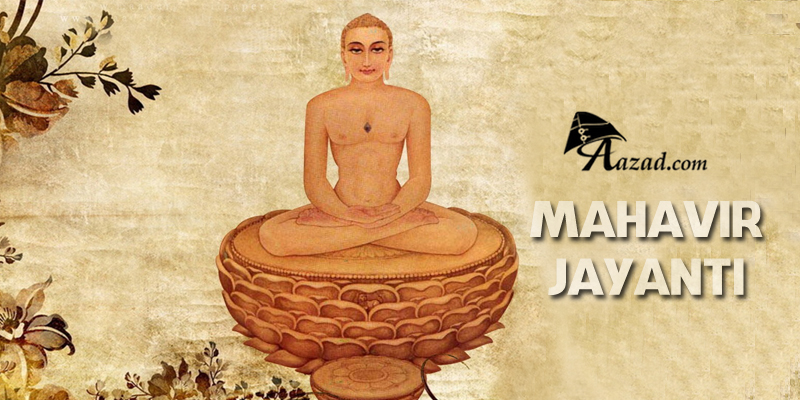 In Jainism, Mahavir Janma Kalyanak is the most  important religious holiday. It celebrates the birth of Mahavir, the last Tirthankara. He was born on the 13th day of the rising moon of Chaitra, in either 599 BC or 615 BC (depending on religious tradition). According to the Digambar school of Jainism, Lord Mahavira was born in the year 615 BC, but the Swetambaras believe that he wa born in the 599 BC. But both the sects believed that Mahavira was the son of Siddhartha and Trisala.

Mahavira was born into a royal family in what is now Biha, India, in 599 BC. At the age of 30, he left his home in pursuit of Spiritual awakening, and abandoned worldly things, including his clothes, and became a monk.

According to the legend, Devananda, wife of a Brahmin named Rishabhdeva, conceived him. The gods, ingeniously, transferred the embryo to the womb of Trisala.

According to Swetambara sect the expectant mother was believed to have seen 14 auspicious dreams. And according to Digambara sect it was 16 dreams. The Astrologers interpreted these dreams, stated that the child would be either an emperor or a Teerthankar.

Jains believe Mahavira attained moksha (liberation from the cycle of birth and death) at the age of seventy-two and his soul is now resting in Siddhasshilla (abode of the liberated souls).