On Seeing The Talent Of Contestants, Remo D'Souza Proposes A Battle Between Florina And Sanchit On Super Dancer - Chapter 4

On Seeing The Talent Of Contestants, Remo D'Souza Proposes A Battle Between Florina And Sanchit On Super Dancer - Chapter 4 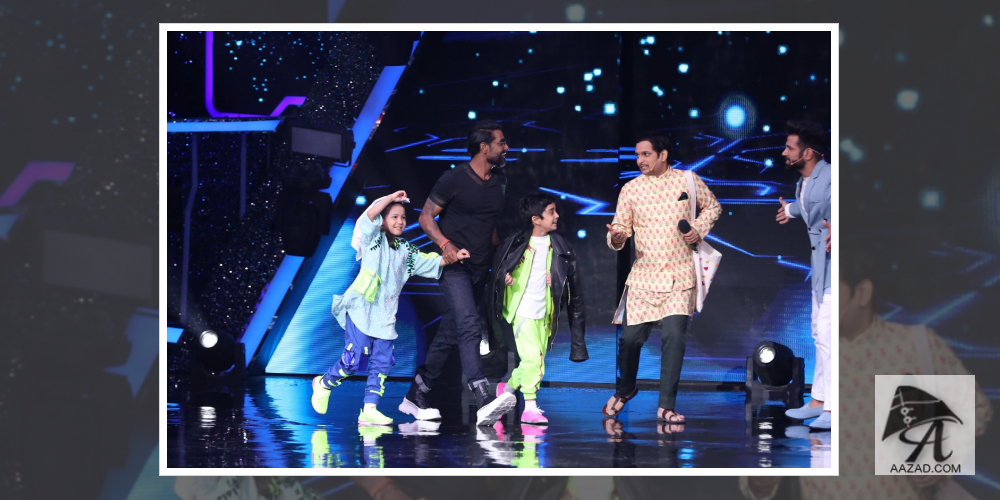 Sony Entertainment Television's popular show 'Super Dancer Chapter 4' is garnering positive feedback from the viewers for its sheer variety of talent and its high entertainment quotient. This weekend, guest Remo D’Souza and Farah Khan will be seen evaluating the contestants along with judge Geeta Kapur.

On seeing the extraordinary talent of Contestant Sanchit Chanana from Punjab, and Contestant Florina Goggoi from Assam, Remo D’Souza was left speechless! He couldn’t believe his eyes when he saw Sanchit do popping on stage and Florina perform her signature Hip Hop style. Remo threw an open challenge for a dance battle between the two little wonders, who took everyone by surprise with their acts, in the upcoming episode.

After Florina, a six-year-old from Jorhat, Assam, put on her dancing shoes and matched steps with her mentor Tushar, Remo came up with the idea to see her and 10-year-old Sanchit share the stage. They gave a neck-to-neck competition to each other and left everyone spellbound with their energy level, performance and expressions as they grooved to the high-octane song ‘Zingaat’.

Remo was so impressed by the two that he mentioned that how he wanted to take these talented kids’ home, leading to some entertaining banter on the set. "I am taking them home," he quipped, adding that these two contestants are his favourite performers in the show.

Remo told Florina, "Your dance style is outstanding. You have loads of swag and attitude that this dance form requires."

Watch Super Dancer - Chapter 4, every Saturday and Sunday at 8:00 PM, only on Sony Entertainment Television