I Thought Someone Was Playing A Prank On Me When I First Heard About LOL: Hasse Toh Phasse, Says Arshad Warsi

I Thought Someone Was Playing A Prank On Me When I First Heard About LOL: Hasse Toh Phasse, Says Arshad Warsi

He is undoubtedly one of India’s favourite comic actors who has made us laugh with his several iconic on-screen characters.
Apr 29, 2021, 12:59 pm ISTEntertainmentAazad Staff 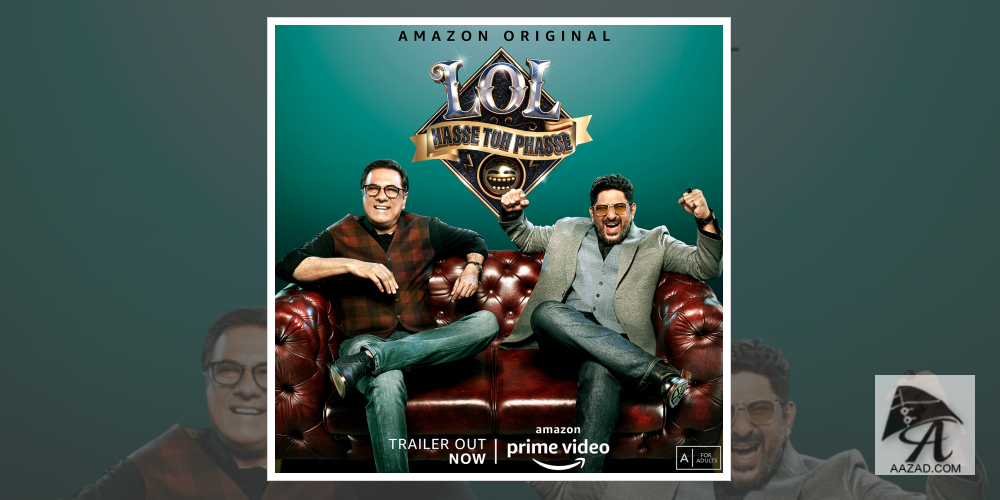 It is impossible to think about Arshad Warsi without having a grin on your face. He is undoubtedly one of India’s favourite comic actors who has made us laugh with his several iconic on-screen characters. This time, the tables have turned slightly, because he will be seen playing the co-host of Amazon Prime Video’s upcoming comedy reality show – LOL:Hasse Toh Phasse. In this show, Arshad will not be making us laugh but he would rather be playing referee along with Boman Irani, where the best comedians in the business of laughter make each other laugh, while they themselves can’t laugh or smile themselves. While the show launches on Friday, April 30th, Arshad told us about his experience when he first heard about the show.

Sharing his experience, Arshad Warsi said “For the longest time, I was sitting at my home and could not go out because of the lockdown. Then one fine day, I got a call and the production team told me, you need to play the co-host in LOL: Hasse Toh Phasse and went on to explain the format. It felt very unreal, because I never heard about something so unique, something filled with so much fun. I thought someone was playing a prank on me. Till the time I was in my car and reached the sets, I could not believe all of this was happening for real. I can say this is one of the best projects I have been a part of till date”.

For the uninitiated, LOL:Hasse Toh Phasse pits ten professional comedians against each other for six consecutive hours with two objectives – to make the others in the house laugh and more importantly, ensure that they do not laugh or even smile themselves. The last contestant to remain straight-faced will be the winner and will take home a grand prize. India’s finest comedy entertainers Aadar Malik, Aakash Gupta, Aditi Mittal, Ankita Shrivastava, Cyrus Broacha, Gaurav Gera, Kusha Kapila, Mallika Dua, Sunil Grover and Suresh Menon make the incredible line-up of contestants who will be under the constant watch of the hosts Arshad Warsi and Boman Irani.