EORTV launches cricket based web series “Game of the sexes”

EORTV launches cricket based web series “Game of the sexes”

'Game of the Sexes' is themed around the game of cricket in a first-ever challenging format.
Dec 24, 2020, 12:07 pm ISTEntertainmentAazad Staff 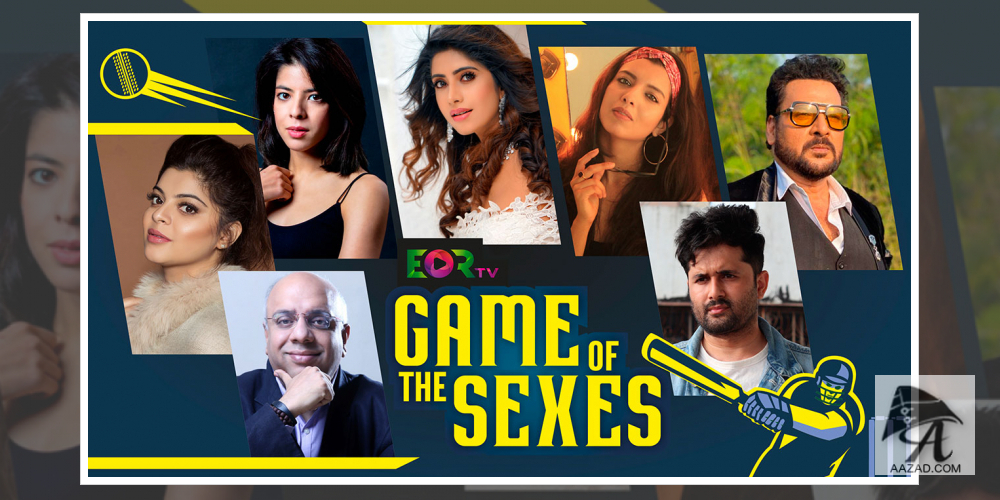 Game of the sexes”

EORTV, the Premier Video on Demand, Over The Top (OTT) media service platform with a differentiated philosophy to focus on the LGBTQ audiences and other communities announces a web series based on cricket titled, 'Game of the Sexes'. Starring in it are an impressive 65 member cast including Shahbaaz Khan, Rumana Molla, Sachin Verma, Sneha Bagh, Riya Deepsi, Ishani Sharma, Vindiya Tiwari, Piyush Ranade, Shobhit Attray & Rajkumar amongst others.

'Game of the Sexes' is themed around the game of cricket in a first-ever challenging format. The concept is in sync with EORtv's Mission to be inclusive and create acceptance for all communities in society by eliminating any kinds of biases based on gender stereotypes and sexual orientation and highlight gender equality. The show starts shoot from January 2021 in Shirdi Sai Public School, Moradabad.

The series is set in post-Covid era when audiences have stopped coming to the stadium & the Cricket Board decides to bring back the excitement & interest in the game of cricket. A idea of conducting a mixed gender cricket match gets approved but the girl who suggested it gets into a scandal and is expelled from the board.

However, by sheer determination, she starts making her own team to prove the potential of a mixed gender cricket match. This story shows her struggle and the trouble she endures to make her dream come true.

"With this cricket based series, EORtv aims to champion human spirit in the face of unprecedented danger and celebrate the bravery and determination while keeping the sensitivity of the topic in mind," said Dr Kaushik Izardar, EORtv's Executive Director.

"We are happy to collaborate with EORtv for this series. When the story was narrated, I was excited and promptly decided to host the series in our campus."

Nalini Arora, as founder Principal has been instrumental in formation of Shirdi Sai Public Group of Schools in Moradabad (UP), which is a center of quality Co-Education up to Senior higher secondary level in the city. She has strong leadership skills to inspire and motivate staff and students. Nalini Arora is able to establish supportive relationship with not only students but also with their parents and staff. She is passionate about giving young children the best possible education. Her aim is to promote and reinforce a student’s independence and self esteem. She is committed to good practices and innovation and is a team player. Nalini Arora as the Member of Advisory board enjoys working in a busy environment. The Shirdi Sai Public Group of Schools in Moradabad (UP) is growing leaps and bound in her leadership. She loves challenging roles.