This six-episode unscripted reality comedy show will stream from 30th April across 240 countries and territories
Apr 24, 2021, 11:04 am ISTEntertainmentAazad Staff 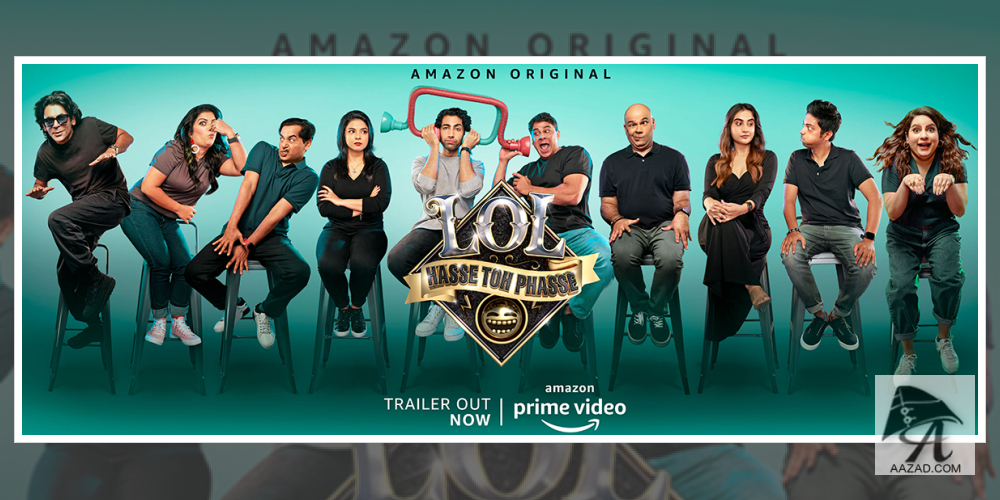 Having seen the high-on-laughter trailer of Amazon Prime Video’s comedy reality show LOL- Hasse Toh Phasse, the excitement amongst audiences increases as their wait decreases. Bringing in a heavy and an unlimited dose of laughter, the show is set to launch on April 30th on the streaming service. While the show looks like a lot of fun, the promotions have been quite hilarious as well. The contestants have been displaying their impeccable comic timing and having a blast even while promoting the show.

We came across some Instagram stories where we saw Gaurav Gera and Aditi Mittal in virtual interviews, playing with their on-screen images with filters and entertaining themselves and the journalists, using funny avatars, emojis and backgrounds. Add to that, we see Sunil crack some hilarious jokes and make everyone LOL!

The show sees 10 talented comedians compete against each other for six hours, with two main objectives. The first one is to make the others present in the house laugh, while the second one is that they do not laugh or even smile themselves. The last contestant who remains straight-faced will be the winner and will take home a grand prize.