Shilpa Shetty Gets Nostalgic About Her Childhood Moments With Sister Shamita

Shilpa Shetty Gets Nostalgic About Her Childhood Moments With Sister Shamita 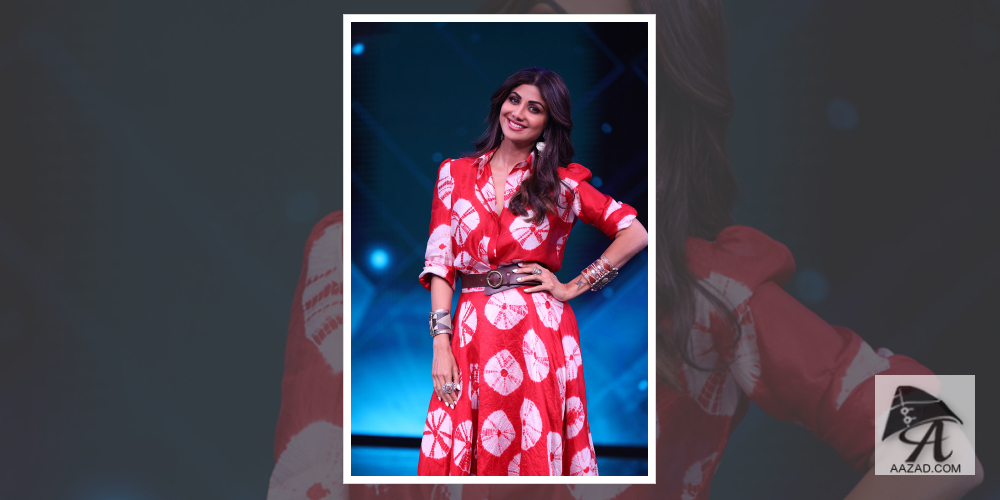 Sony Entertainment Television's dance reality show 'Super Dancer - Chapter 4' has found its ‘Super 13’ contestants of the season and going forward all the contestants and choreographers will be seen celebrating ‘Nachpan Ka Tyohar’ while giving neck-to-neck competition to win the title. This weekend, the SD4 will showcase its grand premiere episode, the contestants and the choreographers will be performing together for the first time and each performance promises to be grand.

Amidst all the dance acts, Mumbai Contestant Aneesh Tattikota and Choreographer Akash Shetty nailed their performance as they danced their way through a remixed track of ‘Allah Duhai Hai' from Race 2. On seeing their cool act, Judge Anurag Basu said, “Kya power hai yar? Outstanding. Swag hai!” When Akash introduced himself as Akash Shetty and the moment judge Shilpa Shetty heard his name, she said, “Yeh show ka naam Super Dancer se Super Shetty Rakhna chahiye(laughs).” Later Anurag asked Akash about his experience mentoring Aneesh, and Akash said, “I want to thank Aneesh for his hard work, because of him, I am here. I consider him as my younger brother. I was more nervous than him because he has already performed twice in front of you all and this was the first time for me.” Contestant Aneesh further revealed that he has fear of height and yet he managed to do flips and tricks in his dance act due to encouragement and support from his mentor Akash.

After getting amazing comments from all the judges, host Rithvik made a video call to Aneesh’s fans which turned out to be his elder brother. Aneesh and his brother revealed many of their secrets, and in no time they got carried away in a fun banter, looking at which judge Shilpa Shetty Kundra shared her experience growing up with younger sister Shamita. She said, "Shamita and I used to fight a lot, maybe because of the age gap. As a kid, there was not a single thing that I may have not used to throw at Shamita (Chuckles). Both my father and mother used to go to work, so there was a time when my mother sent me to my Nani's house and those three months, I missed Shamita a lot. I think because of this show, Aneesh and his brother will start missing each other. And as they say, distance make the hearts grow fonder.” Judge Anurag Basu also shared his childhood memories with his brother Abhishek and how they share a quintessential siblings’ bond and banter.

*This grand premieres, watch out for Contestant Aneesh Tattikota’s act on Super Dancer Chapter 4, Saturday and Sunday at 8.00 pm only on Sony Entertainment Television*