Prime members in India and across 240 countries and territories can stream the digital premiere of the recently released Malayalam film, The Priest starting 14 th April, 2021
Apr 12, 2021, 3:53 pm ISTEntertainmentAazad Staff 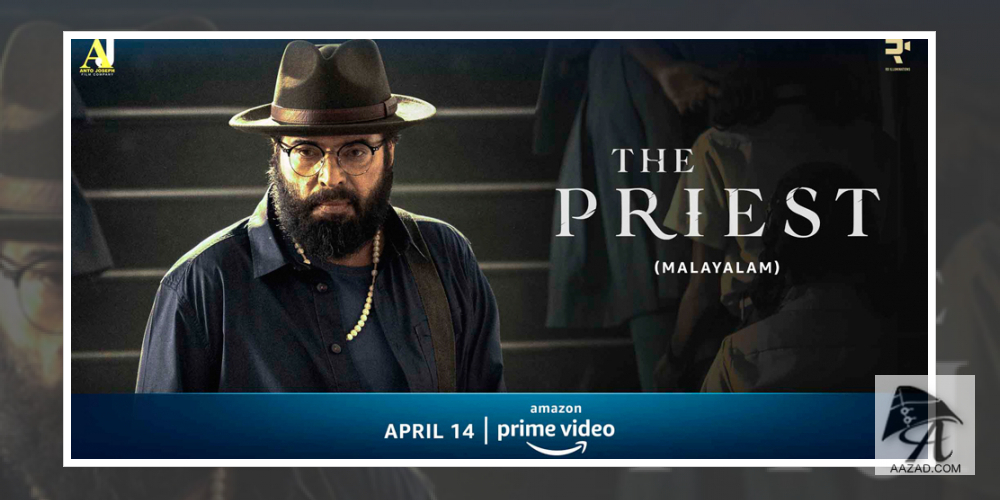 Amazon Prime Video today announced the exclusive digital premiere of the recently released Malayalam horror-suspense drama, The Priest. The film widely appreciated for its edge-of-the-seat thrills and stellar performances is all set to premiere on the service on 14 th April, 2021. Starring superstar Mammootty in the lead, the film centers on the life of a priest with extraordinary skills and his mysterious journey of solving the cold cases. The film is directed by debutant director Jofin T Chacko and marks his first collaboration with Mammootty and Manju Warrier. Jointly produced by Anto Joseph, Unnikrishnan B and V N Babu under their banner Anto Joseph Film Company and RD Illuminations, the film also stars Nikhila Vimal, Sreenath Bhasi, Saniya Iyappan and Jagadish in other prominent roles. Prime members in India and across 240 countries and territories can stream The Priest starting 14 th April, 2021, shortly after its theatrical release.

On his debut project and first collaboration with Amazon Prime Video, Jofin T Chacko said, "Mammootty was my first choice for Father Benedict's character in the film and he proved that there couldn't have been a better choice than him. It is a dream come true moment for any filmmaker to work with such versatile stars like Mammootty and Manju Warrier on a debut project. I feel fortunate to get the two of the most loved South stars together on the screen. Now after its successful theatrical release, I can't wait enough for its digital premiere on Amazon Prime Video, which will help movie lovers across 240 countries and territories to watch the film."

Talking about his character in the film lead actor Mammootty shared, "I always look for roles that are different from the ones I’ve played previously. When I first read the script of The Priest, I was sure I had to do this! In this film, I am essaying the character of a priest who, like detectives tries to solve different cases coming his way through his extraordinary skills. Thrilled to have the film premiere globally on Amazon Prime Video, now audiences from across the world can enjoy the movie."

Talking about her camaraderie with Mammootty, Manju Warrier shared, “This role opposite Mammootty Sir was a dream come true for me, working with him for the very first time was an exhilarating experience. I was nervous at first, but he made me feel comfortable, and looking back, I am glad that I got to be a part of this film. There’s so much to learn from Mammootty Sir, I believe it naturally enhances your performance working with such brilliant co-actors. I am excited and looking forward to the film’s premiere on Amazon Prime Video for the global audience.”

A priest and a police officer are trying to solve a set of mysterious suicides. As their investigation closes in, they discover another crime with even farther-reaching consequences.