Pa Ranjith’s directorial movie has been a talk of the town for its powerful characterisation and gripping story
Jul 28, 2021, 8:50 am ISTEntertainmentAazad Staff 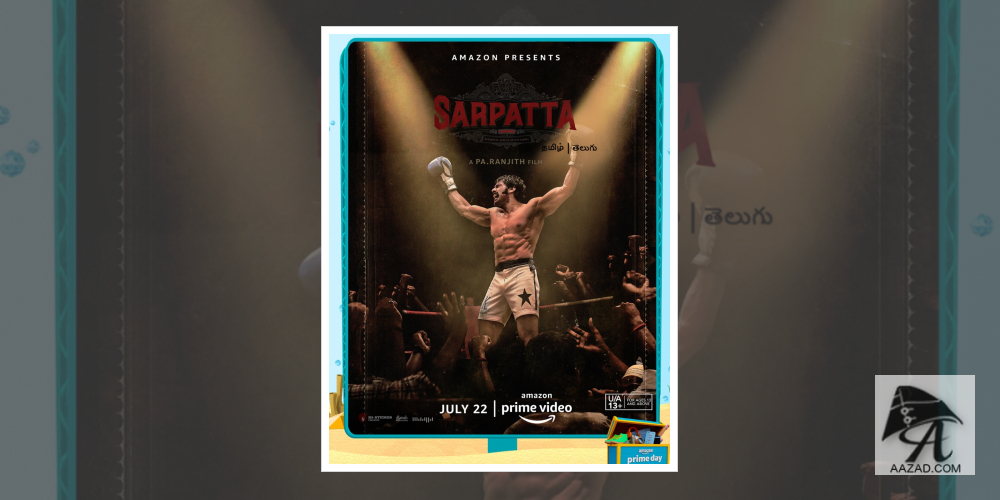 Sarpatta Parambarai has been topping the charts since its release on Amazon Prime Video a few days ago. Being a film based on boxing of the 70s, the film is largely male-dominated with Arya, John Kokken, Santhosh Prathap, Shabeer and Pasupatthy playing the masters of the game with their buffed-up physique and perfect punches. Despite that, the female actors of the film, Dushara, Sanchana Natarajan, Anupama Kumar and Priyadarshini Rajkumar have significant roles that make them stand out.

With small yet substantial roles, these actors have made a lasting impression. Dushara Vijayan, who plays the character of Mariyamma, Kabilan's wife is shown fierce, unflinching, and not one to hold back her thoughts and punches. She speaks her heart out when her husband, Kabilan, spends more time at the boxing ring instead of with her. While she supports her husband in his game, she also doesn’t hold back when it comes to fulfilling her needs. Mariyamma asserts her strong nature when Kabilan loses focus on his boxing career. She helps him get his life back on track and lets him achieve his dream of becoming a boxer Anupama Kumar who plays the character of Bakkiyam, Kabilan's mother is adamant about not letting her son pursue his sportive interests and suggests he lead a peaceful life with his better half Mariyamma (Dushara). She does this because she fears that just like his father, Kabilan too will give in to the ‘other’ side of boxing and will indulge in petty crime. Her fears are not baseless as they do come true. However, when Kabilan returns to apologise, she realises that it's only boxing who can redeem her sons and from thereon, she supports her son unconditionally.

Sanchana Natarajan plays the role of Lakshmi, wife of Kalaiyarasan (Vetriselvan). Lakshmi sees her husband struggling to make a mark in the boxing ring while his father, coach Rangan, is not giving him the push he needs. During his struggle Vetriselvan finds his biggest supporter in his wife who goes to various lengths to make people realise of his boxing capabilities. Lastly, Priyadarshini Rajkumar, who plays the character of Missiamma, daddy’s wife who is seen supporting Arya in every path of his life and helps in pursuing his dream. She even tries to convince Arya’s mother to let him take up boxing.

Set in the 70s, Sarpatta Parambarai is not just a regular sports movie about boxing. It also showcases the culture, and lives of the boxing clans that existed in North Madras. At the centre of the story lies two rival clans - Sarpatta and Idiyappa, who are constantly locking horns in a duel for the pride of their respective clans. The film, with a backdrop of sports, illustrates the nuances of an era that was rife with cultural and societal changes.